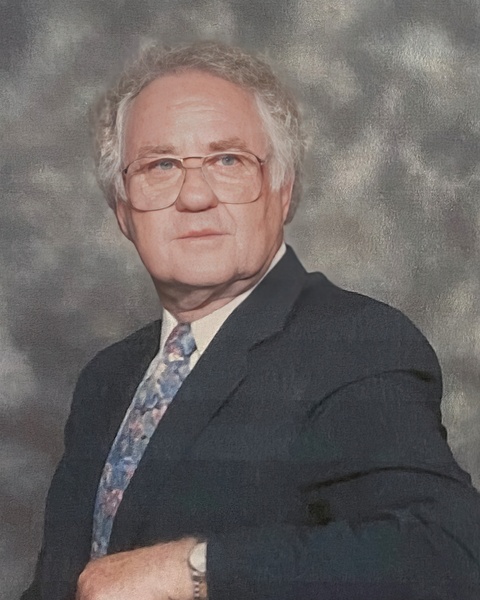 Mr. William "Ralph" Coley, 87, of Readyville, Tennessee passed away on Thursday, October 6, 2022. He was born in Altus, Arkansas on Tuesday, July 2, 1935 to the late William Lewis and Nellie Little Coley. In addition to his parents, he was preceded in death by his brothers, Ray Coley, Roger Coley, and Aaron Hue, and sister, LaJean Kay.

Being born at the tail end of the Great Depression, Ralph came a few years after one of the worst droughts in Arkansas's history and a couple years before one of the worst floods in Arkansas's history. Roads had deteriorated due to the drastic changes in weather, causing people to become isolated. Like many during that time period, Ralph was raised to believe in God's providence and plan, and apparently, God had quite the plan for the Coley family. While some were unable to even travel within Arkansas, the Coley's packed up and moved to Oklahoma.

Why Oklahoma? Only God knows why. During that time, there was a mass exodus out of Oklahoma due to the aftermath from the destruction of the Dust Bowl, but that was where the Coleys decided to call home. Ralph knew when it came to your circumstances, you could take it or leave it, and that fit him well. There was no gray to him; it was black and white. You either liked him or you didn't, but that may have also been derived from his time in the military.

Seeing schools deteriorate in Arkansas and destroyed in Oklahoma, Ralph made sure he graduated from high school before joining the Air Force. This put him joining at the age of 18 just after the Korean War. After the uncertainty in the world caused by WWII and the Cold War, air defenses were being built up in Alaska. Ralph received his orders for a Hazardous Duty assignment at one of the Air Force Bases. He remained there for over 4 years before being discharged and managed to miss getting sent to Vietnam.

From there, Ralph earned his Master's Degree and became a business teacher in the public high schools of Missouri. He taught marketing, business law, typing, short hand, and anything else business-related. It was during his time teaching that he met Regina for the first time. He was her high school business teacher. Later on in life, they reconnected and were married on August 27, 1969, and they made quite the pair.

One of Ralph's passions in life was music, especially at church. He had deep roots in praising God through the good times and the bad. Turned out, Regina had similar roots and was a talented pianist. So, he would lead music, she would play the piano, and they would sing together. Wherever they planted their roots together, they were active in the church, and sometimes churches. Ralph on several occasions was asked to come and be a music director at churches in Missouri even though he was only part time. He traveled to various congregations in Missouri and Tennessee leading music. Anytime there was a revival, Ralph and Regina were sure to be in the thick of it.

Once Ralph retired, they settled in Tennessee. He still had a teacher's heart, so he began doing substitute teaching and continued that for several years. It was then that he stumbled across the joys of teaching elementary school students. When Ralph wasn't at church or school, he enjoyed sitting down to watch college sports, especially football and basketball. His family quickly learned not to even try to get his attention during a game.

Later in life, Ralph's health deteriorated, and the college games didn't attract his attention the same anymore. For his final years, he came to call home the Tennessee State Veterans' Home. It was there that he decided to flip roles with the younger generations as his memory started to fail. Though he was back to being a student again, the greatest teachers learn from their students, and the nurses truly cared for him. Ralph centered his entire life around faith and family, and that is what he held true to until the day he went on to be with the Lord. With his life, he leaves a legacy of touched lives and saved souls through doctrine and song.

To order memorial trees or send flowers to the family in memory of William Ralph Coley, please visit our flower store.