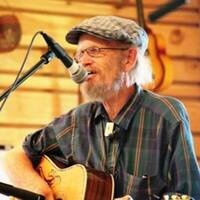 William Marshall Clark, 74, of Woodbury, Tennessee passed away Wednesday, April 20, 2022, in Nashville, Tennessee. He was born on Sunday, December 28, 1947, in Stewart, Virginia to the late Marshall Critz and Virginia Tatum Clark.

William was a man of the opinion that you don't need blood relations to be family. A talented musician, his band mates and close friends became his immediate family. Their shared interest in music brought them together and created a brotherhood. It was from those relationships that William earned the nickname "Lightnin' Jack." They even named a band after him called Lightnin' Jack & the Fresh Sparks.

Though it may not have been the only reason, the way William played the fiddle was definitely one of the reasons he earned that nickname. Over the course of many years, Lightnin' Jack played at the Fiddlers Convention.  Helping fuel his music passion and friendships. Growing up a cattle farmer, country and folk music were his bread and butter, but he drew inspiration from all kinds of music and did a lot of studio work. His musical abilities weren't limited to instruments.  He would often put pen to paper and write many of the songs he and friends would perform.  A number of short stories made their debut by his hand as well.  While recording his album, "The Next Five Miles," Lightnin' Jack strummed his slack-string guitar, blew his harmonica, and warmed up his vocals. It will be a time capsule of cherished memories for all who take the opportunity to listen.

His family will hold private services at a later date. Share memories and condolences at www.gentrysmithfuneralhome.com Gentry-Smith Funeral Home, 303 Murfreesboro Rd. Woodbury, TN 37190, 615-563-5337 Because every life has a story

To send a flower arrangement or to plant trees in memory of William "Lightnin' Jack" Marshall Clark, please click here to visit our Sympathy Store.

To order memorial trees or send flowers to the family in memory of William "Lightnin' Jack" Marshall Clark, please visit our flower store.